One of my most impressive accomplishments listed here is my 2015 talk at DEF CON, "the world's largest underground hacker conference". My talk was on encryption technology I designed and implemented, called CrypTag, that makes encrypted data partially searchable without decrypting it first, all while allowing it to be stored just about anywhere (e.g., Dropbox, a local folder, your own server, etc) while remaining searchable.

CRYPTOPARTY: Surveillance Self-Defense for the People!

On December 2016 I headed a CryptoParty/ for Revolution LA, a leftist political action group based in Los Angeles.

In November 2016 I gave a talk to kick off the first event of my new Meetup group, Cypherpunks Write Code, which exists to galvanize the hacker/developer/designer community to contribute to free, open source, privacy-enhancing software that the world desperately needs.

We discussed which privacy projects are most worthy of our attention, then extended and voted on the current project list we'll be drawing from for our first hackathon.

In October 2016, shortly before leaving Santa Barbara and moving to San Francisco, I gave a talk for Santa Barbara High School's hacking club.

I covered what penetration testing is, a couple types of attacks (especially SQL injection), and left the students with a challenge for them to solve.

In May 2016, for the Stop LAPD Spying Coalition and the Los Angeles Community Action Network (LA CAN) I helped teach attendees about surveillance, especially how to use Tor, what it does and does not protect you from, and so on.

Title: They're Watching You: Anti-surveillance Workshop for Activists and Journalists

I gave this talk and workshop at Bonfire Cafe, a leftist bookstore, cafe, and collective in Santa Barbara.

The talk slides can be found here.

The handout from the event:

At this workshop you will learn why surveillance is dangerous, why you should care, and how you -- whether you're an activist, journalist, or concerned citizen -- can defend yourself against it.

Specifically you will learn how to send and receive encrypted text messages, phone calls, and instant messages, as well as how to browse the web anonymously, which technologies you or your organization should look into using to securely accept documents from leakers and whistleblowers, and more. 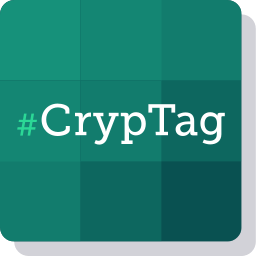 In August of 2015 I gave a talk at the Crypto & Privacy Village at DEF CON, "the world's largest underground hacker conference", in Las Vegas. There I announced CrypTag, software I designed and wrote that effectively makes encrypted data partially searchable (by tag/keyword).

My first goal with CrypTag is to enable every internet user to access all their data from all their devices without trusting intermediaries.

For the broader vision and to get started using it, see the CrypTag project page here.

I gave this brief talk (including demos) and workshop at an art collective in Santa Barbara in June of 2014. Slides: 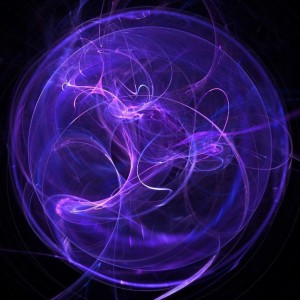 In 2012, after heeding the warnings of Jacob Appelbaum and Julian Assange of an ever-growing surveillance state, I began thinking hard about what properties we need in crypto systems but don't yet have.

This has become a small suite of sub-projects that collectively make up The Cloak Project. Most prominently among them are Cloakcast and LanChat, below.

In 2012 I thought of Cloakcast and the idea of "time shielding" -- that is, keeping secret when it is you are communicating with whoever you're chatting with -- in a messaging system. (See the slides below for how this works!)

I gave a presentation on Cloakcast in July of 2012 for a WebTech Wednesday for SB Hackerspace.

Encrypted chat for the paranoid

LanChat is a program that enables people to chat over the local network (the LAN). Why not use OTR over a regular chat network like Google Talk? Because then you're revealing the fact that you're chatting in the first place, and with whom, plus you need internet access rather than just a local network. Read this for more advantages that LanChat has over alternatives.

Hack Attack! An Introduction to Penetration Testing from Steve Phillips

In 2010 I gave 6 lectures as part of a college computer security course where I was technically an in-class tutor, but the professor was happy to have me spread the knowledge I had acquired from using Linux since 2001 and learning about security on my own.

Leading up to that, in late 2009/early 2010 I considered becoming a penetration tester, and gave a talk at SBLUG, the Santa Barbara Linux User Group, whose slides are above.

In 2009, a friend of mine wanted to learn more about Linux, and I wanted to create a product based on my Linux knowledge, so we joined forces and created a booklet for students in the computer networking lab at Santa Barbara City College where we were learning networking (after I attended UC Santa Barbara).

You can find the 57-page PDF here.