In using Atlantic.net for the past 13 months, I didn't notice any downtime during my stay, which I appreciate. But I'm leaving for a few other reasons: 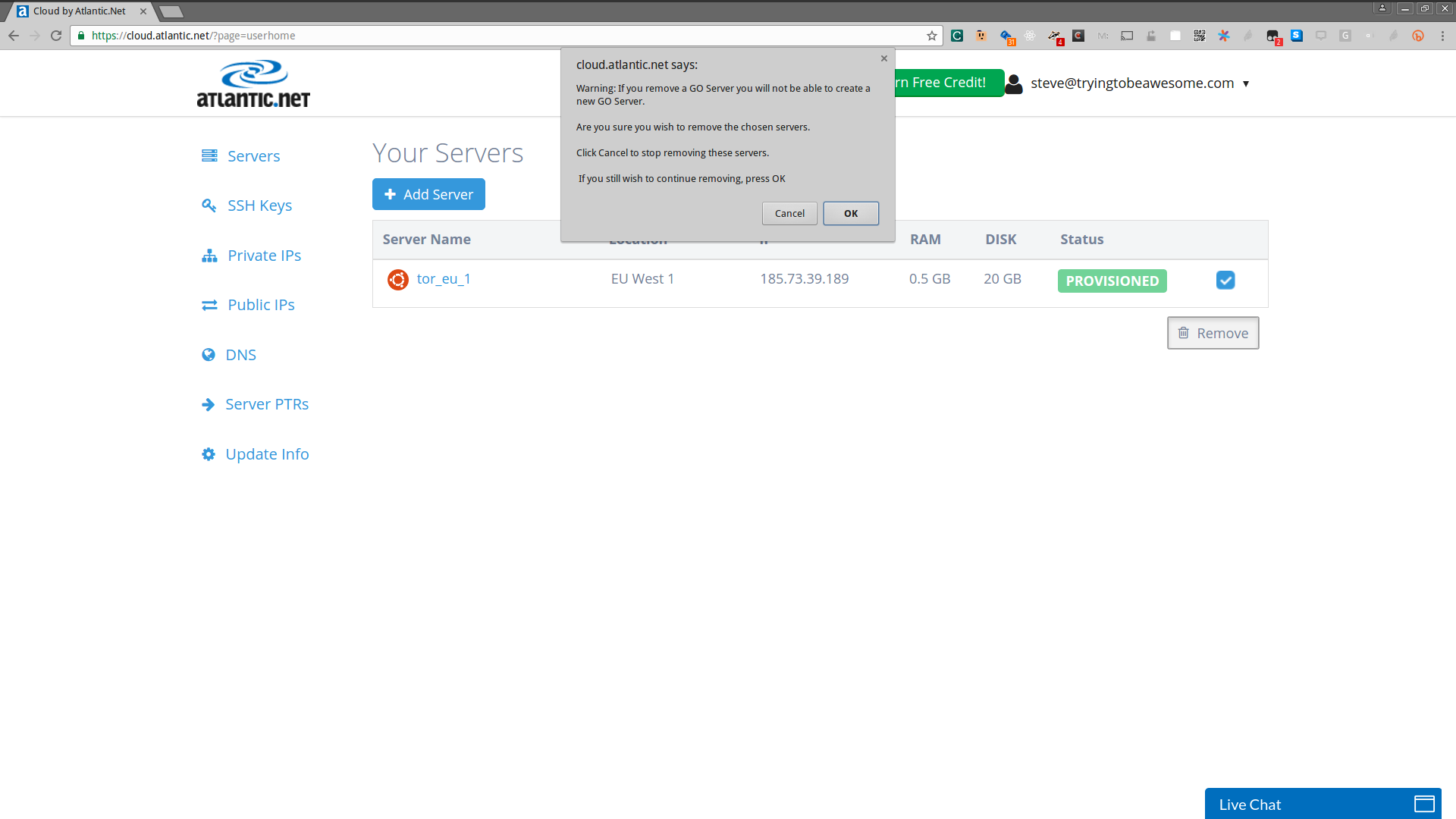 What the fuck does that mean? That message makes me worried about deleting the server, and surely they know this, and they're trying to make us hesitate to delete servers we don't need to they can keep charging us for it.

This is not the kind of company I want to do business with.

So, I'm off to keep using Scaleway and maybe DO (which isn't a great value anymore, but they have free spending/billing alerts, and they're just so easy to use). When a I need a really beefy server and unmetered bandwidth, I'll be going with either Scaleway, OVH, or Hetzner.